Whole body vibration is considered a wave of the future, but it actually has a long history. It was used by the ancient Greeks as well as Russian cosmonauts, who appreciated the benefits of the exercise to relieve pain and boost strength and flexibility. 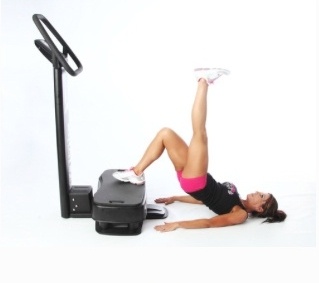 Whole body vibration is believed to be the exercise staple of the future and may become as common as today's treadmill. Here is some background, as well as facts, features and benefits of whole body vibration machines and why you might want to use one today along with your cardio routine for lasting benefits tomorrow and beyond.

Whole body vibration has become a respected form of therapeutic exercise in the last 40 years as a result of the research done by Dr. Biermann on the use of cyclic oscillations on the human back in former East Germany. His therapies used a process called the Rhythmic Neuro-muscular Stimulation, or RNS. Around that same time a Russian scientist named Vladimir Nazarov used these same trials on athletes that resulted in better strength and flexibility in their muscles. The Russians also used vibrations on cosmonauts in their space program to counter the negative effects of zero gravity such as loss of bone density and muscle mass. And, in ancient Greece, the metal end of a saw swabbed in cotton was held by a patient, while the handle end was held and shook by someone else, thereby sending vibrations up and throughout the affected arm of the patient. Saws, cosmonauts, and athletes -- a colorful history if ever there was one.

Whole body vibration is now a therapy and exercise method used by many well-known institutions such as NASA, Stanford University, and professional sports teams. Basically, the idea is to put the muscles in a situation where they must expand and contract continually, which pumps extra oxygen into the cells. This is a process of oxidization that is much like breathing, so to speak, only in this case it is on the cellular level. Oxidization simultaneously relaxes and stimulates the body, which helps it to heal itself and grow muscles at a faster rate.

A person stands on the platform of the machine from two to 10 minutes and lets the muscles' interaction with the machines' vibrations do the work. It is possible to do more elaborate exercises on the machine but benefits can be achieved even in their absence. Because of the low impact form of the vibrations, the machine can be used daily. In addition, since it takes so little time out of the day you are more likely to stick with a regular routine. Some whole body vibration machines' platforms vibrate up and down using a piston-like motion and others rock from side to side like a teeter-totter. Most are built with handles to hold on while you vibrate.

It seems so simple, but the results are phenomenal.

Whole body vibration has been used to build bone density, lose weight, pack on muscle, relieve back pain and alleviate stress and arthritis. It has also been used to help those with respiratory symptoms and diseases like emphysema and asthma maintain a regular physical routine. The results are progressive and long-lasting. But you do not have to have an ailment to benefit from a whole body vibration machine. Healthy users' exercise routines are enhanced because it improves circulation, Human Growth Hormone, metabolism, tightness of the skin, blood pressure, flexibility, bone density and overall cardiovascular health and well-being.

If at some point in your life you are ever concerned with at least one of the above aspects of health, you might want to give whole body vibration exercise a try. The awareness of this technology is growing and is obviously here to stay. By addressing prevention and healing of your body in a pain-free, low-stress and safe exercise format that anyone can participate in, you will be at the cutting edge of physical and mental improvement today and always.